A culture left behind?

It’s been ages since I’ve posted anything. One can construe I’ve nothing to share because in the areas of art and music I now lack common sense. But, in my defense, I share a new page on improvisation covering the use of the Alternate Bass and I am starting an new section of my own arrangements! You can look for them under Improvisation and Arrangement tabs. 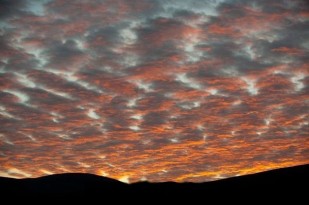 I’ve been teaching drawing to a lovely young adult. The subject about clouds came up and I was explaining to her that as clouds approach us they are higher and farther up from the horizon line and this is very evident when viewing mackerel clouds. She had no idea what mackerel clouds. I explained these clouds signified wet weather in 36 hrs. She had no concept of forecasting weather before the age when satellite/radar imaging is seen on smartphone.

The youth of our country are missing out on a great deal of life experiences. Fewer go to orchestral or traditional, acoustical concerts, they don’t wait weeks for their favorite book to arrive via media mail, they don’t learn social skills by working out differences on a pickup softball or football game in the backyard and they occupy themselves most often by playing or communicating with digital devices.

You see images of children frantically ripping off giftwrap to get to the present. They see it and maybe ooh and ah a bit and then immediately go on to the next gift. They don’t comprehend the time, expense and or thought that went into the gift. When there is so much offered to them, they can’t seem to value that there was a cost to the gift. There was an expectation that the gift is to advance the enjoyment and development of the child.

It comforts me to know that children still prefer printed books over e-readers. Parents still value the importance of music lessons, especially piano. Children still like to express themselves artistically with hands on material. With the frenzy of gift giving, you would hope parents revert to the tried and true giving of gifts. Christmas and birthdays were never complete unless we received a book. Some years there were a few more presents, often just one or two more (and one or both were often clothes). My parents did well trying to give us one thing we would really use. It’s hard to go wrong with books, music lessons, art classes or archery instruction. These expand the child’s world through words or improves their sense of accomplishments and helps eye, hand and mind coordination through the mastery of a skill. Yes, these are often solitary pursuits, but they are shared socially. By the way, if one of us children in my family struck out in the present department, we still better not make faces, pout or not be thankful because giving thanks is giving back a gift in return. After all, even God thinks it is wrong to be unthankful (2Timothy 3:2 “For men shall be lovers of their own selves, covetous, boasters, proud, blasphemers, disobedient to parents, unthankful, unholy…”). Much of our news is generated by stories of unthankfulness. It seems as if everyone is focused on how they are offended or unappreciated instead of being thankful for a country where they can express themselves and have the option to choose how they will live their life.

So, think about your gift giving, may you have a good response. Here’s a link to a past post about thanksgiving. Be Thankful!!

Today, in the midst of baking rolls and pies, it is good to to rest the feet and reflect on what Thanksgiving means. Of course, we can say we’re thankful for family, friends, our freedoms as US citizens, health, possessions and jobs, but what if we don’t have them? Can we still be thankful? Consider this-

Martin Rinkart was a pastor at Eilenburg, Saxony during the Thirty Years’ War (1618-1648). Because Eilenburg was a walled city, it became a severely overcrowded refuge for political and military fugitives from far and near. As a result the entire city suffered from famine and disease. In 1637 a great pestilence swept through the area, resulting in the death of some eight thousand persons, including Rinkart’s wife. At that time he was the only minister in Eilenburh because the others had died or fled. Rinkart alone conducted the burial services for 4480 people, sometimes as many as 40 or 50 a day!

During the closing years of the war, Eilenburg was overrun or besieged three times, once by the Austrian army and twice by the Swedes. On one occasion, the Swedish general demanded that the townspeople make a payment of 30,000 thalers. Martin Rinkart served as intermediary, pleading that the impoverished city could not meet such a levy; however, his request was disregarded. Turning to his companions the pastor said, “Come, my children, we can find no mercy with man; let us take refuge with God.” On his knees he led them in a fervent prayer and in the singing of a familiar hymn, “When in the Hour of Utmost Need.” The Swedish commander was so moved that he reduced the levy to 1350 thalers.

This is the servant God used to pen the words:

“Now thank we all our God With heart and hands and voices,

Who wondrous things hath done, In whom His world rejoices;

Who, from our mother’s arms, Hath blessed us on our way

With countless gifts of love, And still is ours today.

O may this bouteous God, Through all our life be near us,

With ever joyful hearts And blessed peace to cheer us;

And keep us in His grace, and guide us when perplexed

Walled in, no freedom, no food, little or no family, jobs, possessions and health, yet they gave thanks to God. God tells us in 1Th 5:18 “In every thing give thanks: for this is the will of God in Christ Jesus concerning you.” It is obvious that a thankful heart is not based on circumstances but perspective and frame of (spiritual) mind.

My prayer for you this thanksgiving is not that you will have an abundance of things and happy circumstances, but you will know that no matter what your life brings, God is always the certainty of love, grace and forgiveness. Maybe that’s what Martin Rinkart knew.

As my husband, Glen, and my worlds fill with challenges, it is good to take pleasure in the small ways laughter comes to us. Since I have no piano students this year, art projects are filling the hours (as if they needed filling!) I leave you with a pastel still in progress of the one that spends the most time with me-Kansa. 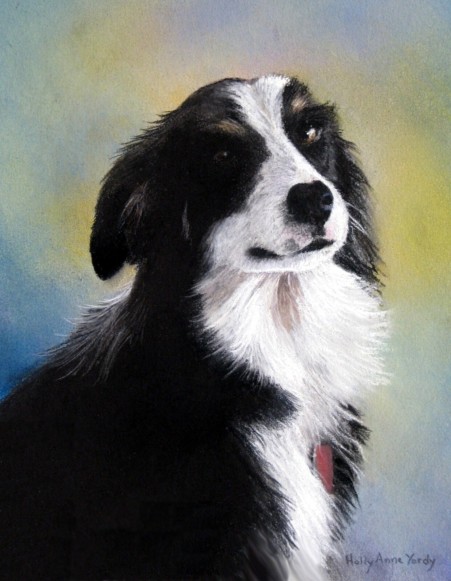