The children are back in school, my piano studio is in full swing and I’m gearing up to teach art classes in a couple of weeks. All this and in my moments of insomnia a childhood poem comes to mind. 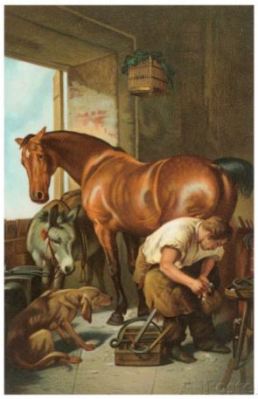 An old poster of a farrier at work – artist is unknown

I was horse crazy as a child (still am) and anything mentioning horses caught my attention! (It’s the same with Kipling’s “Smuggler’s Song” with it’s chorus of: “Five and twenty ponies, Trotting through the dark …”

But, I digress. The important point is – it’s all in those little, nasty details. I mean, it can make or break a painting or performance. So, I make lists and plow through life, training the brain to be bi-focal – focus on the big picture, focus on the details.

This same element applies to art. Even if the style is loose, there are details in the highlights, correct placement of contrasts. If you’re into art, check my classes or art out in the pages on the left.

APPLICATION: For those piano students, here’s a section from the assignment book I print out for my students about practicing :

Practice at least five (5) days each week, especially with 24 hours after the lesson. Most people settle into a weekday schedule so follow your schedule the best you can.

There’s more to teaching piano than a degree. Play with fingers, think on your feet, yes – but hear with your heart.

Have you ever had the “other world” encroach on your lesson time with a student? I don’t mean the ringing of cell phones and the beeps of a new text. They shouldn’t be anywhere near the piano bench nor allowed on until after the lesson. This “world” is a more old fashioned disruption. It is daily life brought into the lesson time or rearing it’s devious head in the middle of an important musical point you’re trying to make.

A similar incident happened when a nine year old started crying upon turning to the song “The Circus is Coming to Town.” I must be the most obtuse teacher around. I saw no reason for the tears.  The obvious connection to her tears – “The teacher said we are all going to die because of global warming.” Those were her exact words in 1991. I was flabbergasted. Firstly, global warning wasn’t going to be allowed during my lesson time! But, secondly, seeing her real distress (and my tissues piling up beside her) I was glad I didn’t mention this. I told her that we all needed to be responsible for taking care of the world (resources may have been too big a word) and God will take care of us. This satisfied her, but now I  had the problem. I was angry. Angry that a teacher would scare children with such topics when they had no concept of time and how true, natural science truly works. I had to explain this to the mother when she picked up her daughter a few minutes later, wondering why there were tears.

To cap my experiences off, a couple years later a young student and I were trying to make up words using the musical alphabet. Eventually, I chanced on the word D-A-D. A look of terror sprung up on her face and the tears started down her face. Tissues leaped into my fingers and I told her she was safe here and we could play a happy song to chase the sad thoughts away. To be truthful, I’m not sure why I actually got through the lesson as well as I did and the mother explained to me that the two of them don’t mention that word at home. And I thought I was having a bad week because a couple students didn’t pay up. This was a new level of perspective. 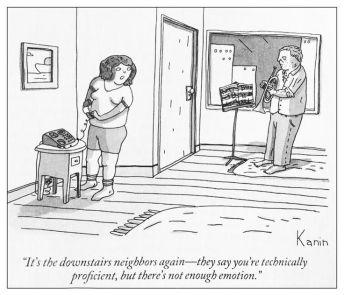 So, some schools do teach you how to handle the unruly students. They convince you that showing the unwilling out the door is better for you than a hard-earned paycheck. You develop a love for a beautiful medium of expression and nothing prepares you for the student and the tissue box event. That’s where you need to draw on your love, not just for music, but for the student. Pray for a caring response and guidance on how music can help the student cope with the disappointments and heartaches in life.

There were many students who had very hard lives and never showed it, but I could hear it through their fingers and see it on their faces as they lost themselves in the notes pouring from the antique Steinway. Sorrows as old as time, remedies just as tried through the ages. Just as the Psalms tell of men, overwhelmed by sorrows, find relief through music and faith their faith in a faithful God.

“But I will sing of thy power; yea, I will sing aloud of thy mercy in the morning:
for thou hast been my defense and refuge in the day of my trouble.
(17) Unto thee, O my strength, will I sing:
for God is my defense, and the God of my mercy. “ Ps 59:16

I teach improvisation to all my students so they can have a means of expressions and a skill to play new songs well past the years they were “made to take piano lessons.” But we must also give our students the skill to express their emotions through music as a form of therapy and expression. And, may the songs they require include many happy songs!

Setting out to create politically correct art and music.

I’ve heard a bit more discussion about political correctness come up in the news lately. (Definitions are found at the end of this blog). The former Bruce Jenner and the “Black Lives Matter” group helped push it to the front. I will only say, I believe, since we are made in the image of God, all lives matter. All lives deserve our love and respect until their ungodly, inhumane acts demand otherwise. If you don’t believe in God, nothing else I believe will matter to you. I could go on but this blog is mainly about art and music. I think art is nothing but communication without words. So, what is my art saying? Am I politically correct?

Music should be easy – it’s universal! So I start to compose.

If I use any half notes, would African Americans object? I better use an equal amount of “white” notes and “black” notes. In fact, they will have equal time value, because the black notes deserve equal time. This makes time signatures of no value now. This means there’s no need for bar lines. Forget the key signatures. Many can’t play them, so I better leave them out. In fact, all notes should be the same pitch because I know those who can’t carry a tune would be offended by those who can. There will be no words to worry about. Good. Also, include no instruments to remind some listeners of their inadequacy to learn an instrument. It’ll be like giving awards to every participant for their excellence (a word with no meaning – but don’t tell anyone!)   All done!

The PC Canvas Has to Be Easy 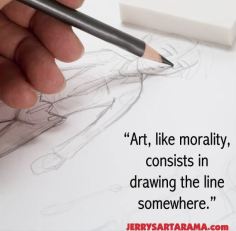 Art just has to be easier. After all, art critics swoon over exhibits containing a cross submerged in urine and embalmed baby parts. My art should be tame and safe. I started to draw a face – just any face. But then I thought, if I drew an Indian Native American maybe I’d offend a Black African American. But if I use only pencil, will I offend a Latino? I mean, how can I draw black lines on paper and not offend someone? Even if I chose paper the color of a Latino’s complexion, wouldn’t I offend an Asian? This is getting really complicated. No matter what I do, I am sure to offend someone. What do I do if I offend someone who has only one eye or has wrinkles?

I will settle on a safe rendering. I’m confident I have not offended anyone, but I am hardly pleased with what I see. It in no way exemplifies how I see the world.

When Daniel (in the Bible) was taken into captivity, the first things Nebuchadnezzar’s reign did to subjugate them was change their diet, their names, their words (language) and their religion. Fortunately, even the barbaric (is it okay to say this?)Babylonians recognized excellence, and Daniel and his friends were rewarded for their achievements. Life is full of contrasts. Hot versus cold, spicy or sweet, these foods are all praised. We need all the variety in life. We need the planners and nurturers and teachers and doers. We need high and low energy people, those that encourage and also offer helpful criticism to meet the various needs of our lives.

Yes, I have been brutally hurt by words. I am offended almost daily, but I know this culture is not friendly to my values. But I refuse to let it control me. I will embrace the high notes I will never sing, I will play my piano with no guilt because I put in the effort to learn how to play it. I will draw and paint the dignity of each life and the pleasures of creation with wonderful contrasts and colors and not be ashamed because I know in my heart I am not malicious. I am not a racist. I am loving and caring and honest and full of life!

Full Definition of POLITICALLY CORRECT:  conforming to a belief that language and practices which could offend political sensibilities (as in matters of sex or race) should be eliminated

#2 Politically Correct: 1. The laws of moral and ethical relativism; all systems of cultures and thought are equal in value, steming from a perceived guilt from white liberals who believe that the Western Civilization is the root of all evil to the exclusion of all else. 2. A powerful form of censorship. abbr: PC

Political correctness has a basic flaw. If all views are equal, why do some who embrace this view feel the need to push this agenda as the “correct” one at the same time demonizing other views as “incorrect”? 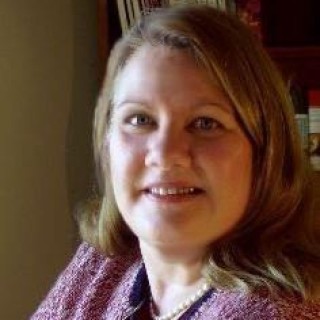 Music, art and writing are my ways of expression. Thank you, God. Cooking, needlework and caring for my family, border collie, Kansa and caring for the poultry fill my days.